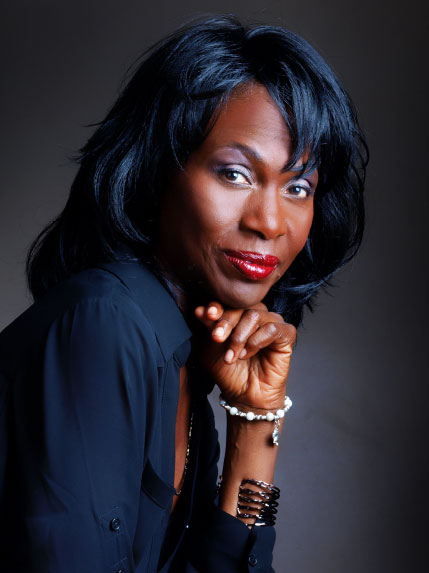 Born and raised in Detroit, and based in Staten Island, NY, Jeannine Otis has been a singular and substantial voice for decades. She draws equally from jazz, classical, dance, gospel and pop genres.

Anthony Tomassini, NY TIMES critic described Ms. Otis as a “show-stopper” in the role of Ella Worker in Downtown Music Production’s staging of The Cradle Will Rock.

She is a graduate of Wellesley College (Presser Music Scholar), the only African-American to win that award and she also holds a Masters Degree from Emerson College in Boston where she was a teaching fellow.

She has toured as a vocalist with many distinguished artists including Donald Byrd, Grover Washington Jr., Vishnu Wood, and Arthur Prysock.

Jeannine Otis has toured extensively worldwide in musical theater and has performed under the direction of Liz Swados, Eve Ensler, Louis Johnson, Joanne Tucker of Avodah, and others. Anthony Tomassini of the New York Times labeled Jeannine a “show-stopper” in a review of a Downtown Music Production’s version of THE CRADLE WILL ROCK.

Jeannine Otis is an honors graduate of Wellesley College (BA) and of Emerson College (MA). In collaboration with Terri Monihan and Vishnu Wood, Jeannine designed and executed workshops that explored the history of African American music and movement. These workshops were performed throughout the school system and at various private schools.